The event raised over £10,000 for TackleAfrica programmes and we could not have done that without the help of our main sponsors: Sterling Security, Generation Press and Fruit Design.

We want to take this moment to thank you for all your help and support this year. 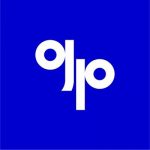 Among the 72 golfers teeing off for a shot at glory, and of course to raise money for TakleAfrica, were Ex-England Internationals Nicky Shorey and Matty Jarvis. The Best player on the day was Phil Manning, The best 4 ball was Neil Pattison, Alan Adams, Rob Tidey and Jake Phipps (Jake Also won the longest drive with an absolute whopper) and our very own Justin Jones won nearest the pin with a strike that, quite frankly, should have gone in! 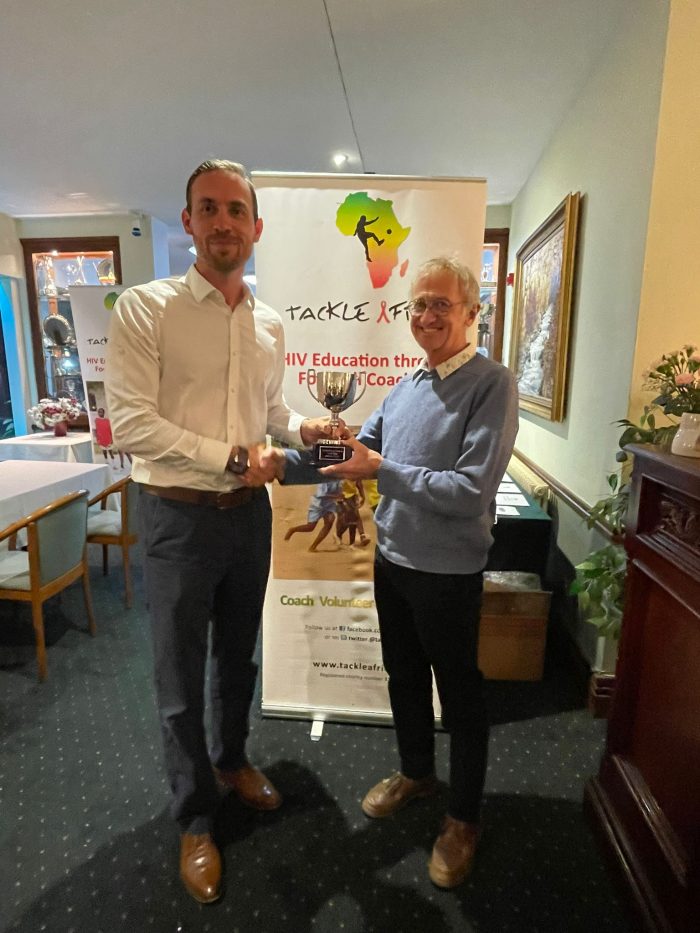 We also want thank our hole in one sponsor t2i, and our other hole sponsors: PFA, LMA, AOS, Short Grove Renovations, Interior Blinds and LNS. 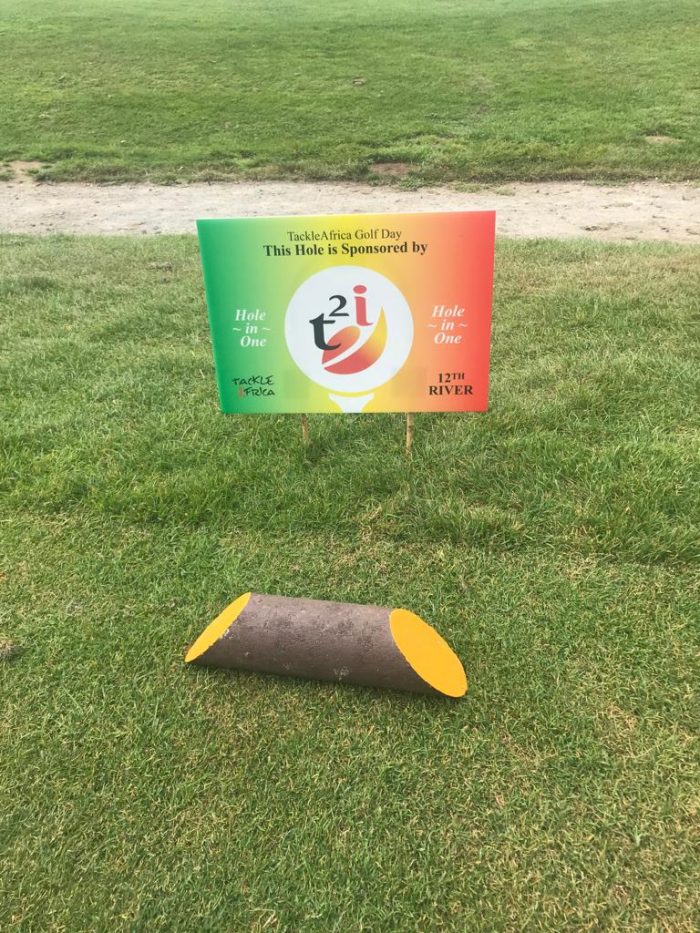 t2i Sponsored five holes in one, with the top prize being a golf holiday in Portugal for two! (Obviously…. no one won!)

We are very excited to have started our Golf Days up again and hope to bring them to a city near you in the coming years. Mark Gardener set the trend this year by creating his own Golf Day in support of TackleAfrica back in June near Portsmouth.

His event raised over £5,000 for TackleAfrica programmes which is an incredible start to a solo event. Mark is one of our oldest and longest supporters having played over 10 Football Marathons and using his own initiative, creativity and connections he managed to raise an unbelievable amount of money for the charity. 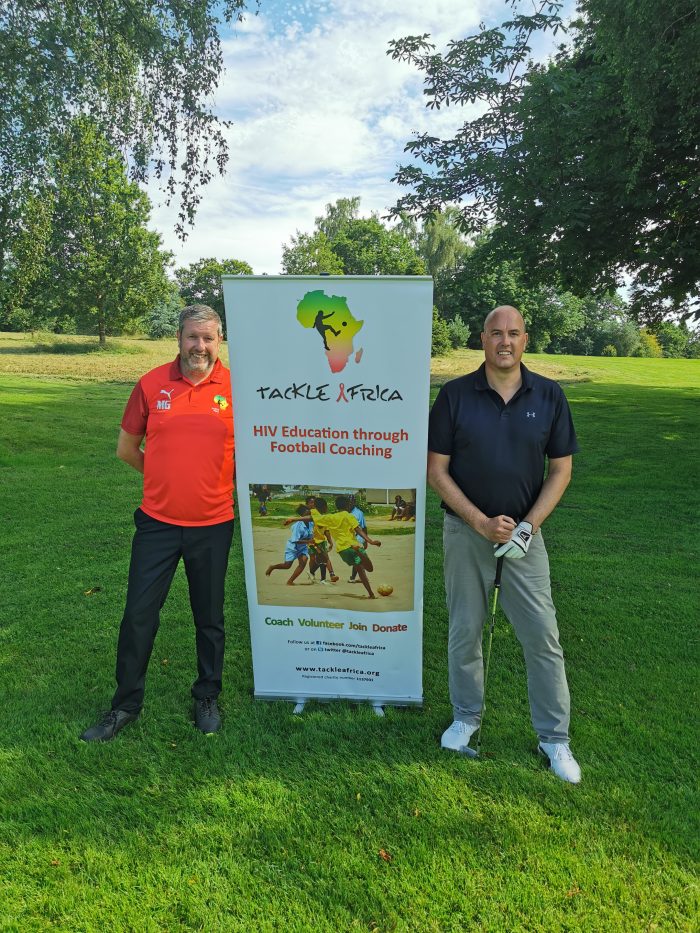 Mark Gardener (Left), one of our brilliant supporters created and ran his own TackleAfrica Golf Day in Portsmouth raising over £5,000, with Ian Haines(Right), from hole sponsors InHealth.

If you’re interested in next year’s Golf Day, setting up your own or having us come to your city then, please email benji@tackleafrica.org.