Thanks to the support and funding from BT Sport’s The Supporters Club and Comic Relief, our programme in Kampala, Uganda continued this weekend with a fantastic football tournament that incorporated football competition with pitchside counselling and testing for HIV, as well as lots of sexual and reproductive health information on hand from coaches and staff. 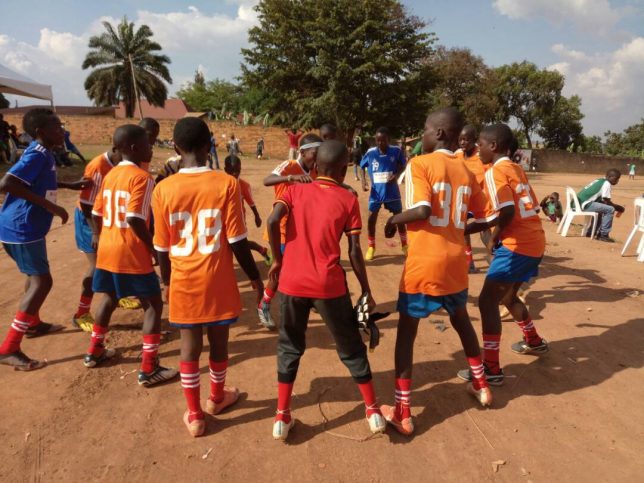 Players warm up at the BT TackleAfrica tournament at Nsambya field, Kampala

Our programme in Kampala works to deliver essential sexual health information and HIV testing services to hundreds of young people in some of the most disadvantaged areas of the city. Working through two local partner organisations – the award-winning Soccer Without Borders who just picked up the FIFA Diversity Award, and the International Medical Foundation who provide our clinical services as well as community coaches – young people are receiving fun, interactive and informative TackleAfrica football sessions week in, week out. These sessions provide young people with a safe space to discuss the issues that affect their sexual and reproductive health, and try to break down some of the barriers to getting an HIV test.

After every ten sessions, players get to play in a TackleAfrica tournament, and if they feel ready, they can step inside the HIV testing tent and receive counselling. If after counselling they’re then ready, they can get tested and find out their HIV status, which is a hugely important tool in the fight against HIV. 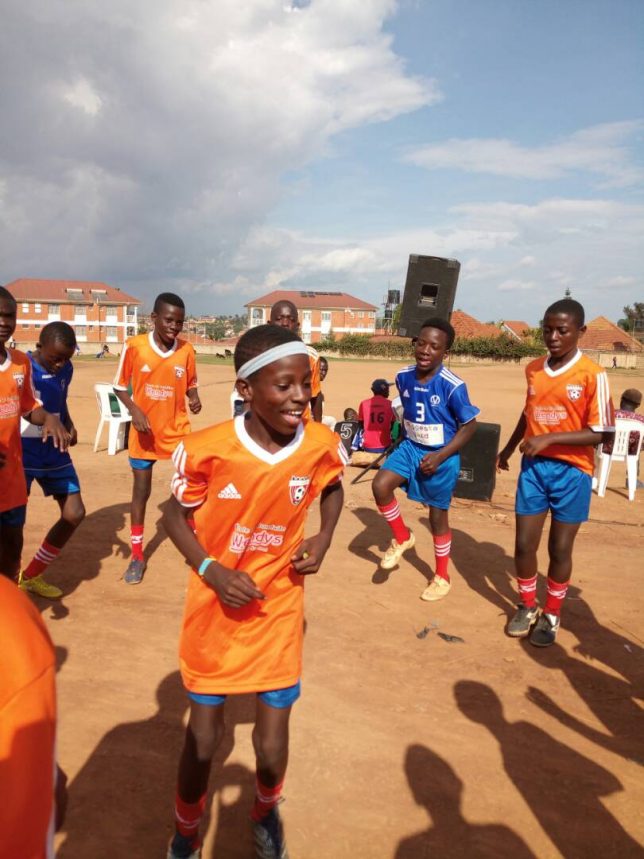 Eighteen teams descended on Nsambya-Gogonya football pitch for this weekend’s football extravaganza. And on the sidelines, another 150 supporters, all of whom had access to HIV testing if they wanted. Over the course of the tournament, 177 people were counselled, with 176 people deciding to take an HIV test. 60% of those tested were under twenty four years old which is great news in a country that is seeing rising numbers of HIV-positive youth. It’s also important that one person who didn’t feel ready wasn’t pressured to test. It’s easy to feel pressure when your friends and team-mates might be testing around you, but our philosophy is that taking a test must be voluntary. It’s a personal choice, and when players aren’t ready it simply means we need to do more to support them to get to that point in their own time.

Some of the players were keen to speak to us about the day. Kabali Joseph said “I enjoy the sessions because they are organized and good. The messages about the health make it very good and the messages are very clear and easy to understand. The people testing were kind and friendly to us, and it was easy to walk in while others are playing so
they could not follow to ask questions.” 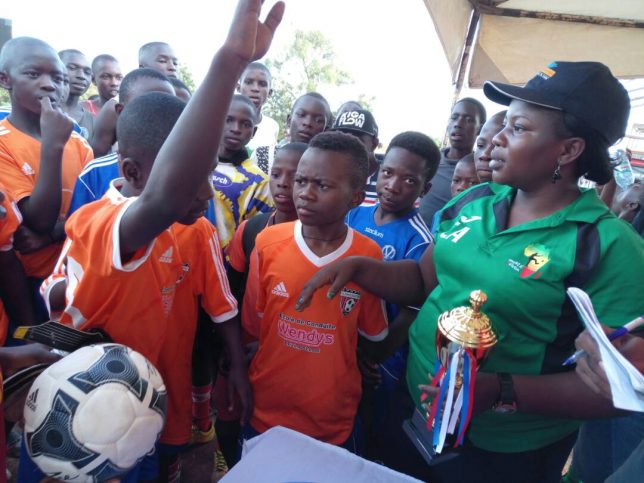 Kyeyune told us, “through the tournament, we have managed to get new friends and learnt skills of football. We also shared about the drills we have been doing on HIV testing. I request TackleAfrica to add more HIV messages and add more numbers because some of our friends want to be part of us but they cannot join based on the number needed. This should be done in the whole communities so that they all know about the testing!”

Michael Bahati said, “I enjoyed the sports tournament because we were demonstrating the football skills we learnt during the sessions. The HIV testing in the pitch is good because it helps us to know our status.”

And the winners… drum roll please… were SWB in the Under 15s category, and IMF took the Under 12s and the Adults trophies on the day. Congratulations to everyone who participated and who found out their status that day. 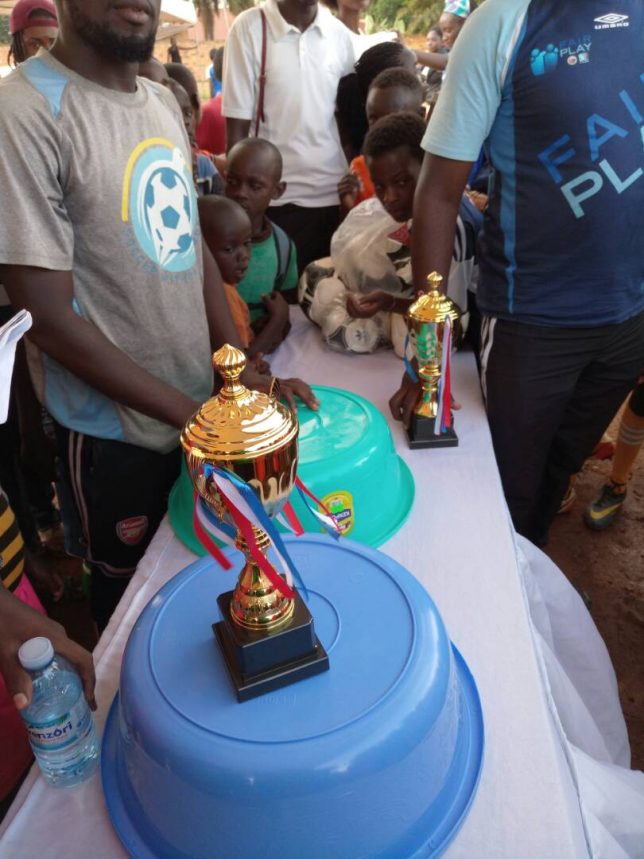 If you would like to make a donation to one of our projects in Africa, please visit https://tackleafrica.org/get-involved/donate/