At TackleAfrica we know that football has huge power to effect change, but sometimes even we’re surprised at where it can take you.

Here’s a lovely story about our Uganda team staff member Pius Kadapao, who started his TackleAfrica journey as a player on one of our programmes almost a decade ago.  Having played for many years, Pius got interested in coaching, and became a volunteer TackleAfrica coach delivering sexual health information to his own team of players. Pius excelled, and his dedication meant he rose through the ranks to become a part-time Project Officer, delivering training courses and coaching support to other coaches across Uganda, and even running a programme in Kenya.

The next step in Pius’s journey came this month, but for once it didn’t involve a football. As part of staff training, the Uganda  team were lucky enough to be visited by the TackleAfrica Treasurer from the UK, Susannah Hill. Susannah took the team through some Excel and IT training, which will prove invaluable to Pius as he takes on more responsibility this year for running programmes and collecting data on our sessions.  IT training and running programmes across East Africa isn’t something Pius could have imagined kicking a ball around a decade ago. 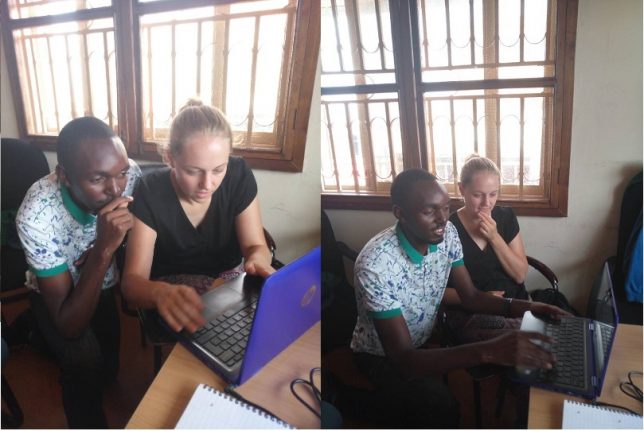 During this training session, it was Pius’s turn to learn some tricks and skills, picking up some useful formulas that will make his job faster and easier in the future.  “I had been using  lots of Microsoft Word, and struggling to make budgets. I never used Excel, but now that I have learnt I will use it to make my budgets. This training has helped me know the other functions on the home tab, and some of the things I had never seen like changing formatting and dates. I would have spent one year looking for what is wrong, while Excel can do it automatically! Since I learnt these Excel things, I am enjoying using them all the time and I really like using them. “

Pius now takes this new knowledge into a two year programme funded by BT Supporters Club and Comic Relief, working with forty coaches across Uganda, delivering sexual health education and HIV testing services to thousands of young people. He’ll be working closely with our three partner organisations, Soccer Without Borders, International Medical Foundation and Hoima Network of Child Rights Clubs, training coaches and monitoring how the sessions are going. Now with Excel under his belt, Pius can be confident he can not just deliver football training to the coaches, but can also report back with solid data on the impact of our programme, and make decisions about how the programme progresses. 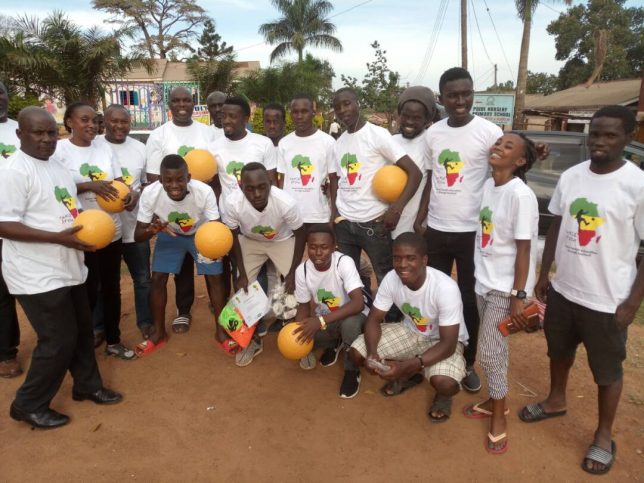 We are proud to start this fantastic new two year programme thanks to continued funding from BT Supporters Club and Comic Relief who work to build a better world for young people through sport. For more information about this fund, visit them here.