Our programme in Hoima, Uganda, led by the fantastic team at HONECRIC and funded by Laureus Sport For Good recognises that headteachers of the schools where we work have a hugely important role to play in getting our messages out to students. For this reason, HONECRIC called forty headteachers and two district representatives together for a workshop with project staff about the programme. Headteachers learnt more about the outcomes of the programme, and discussed how they as heads might best support the players and coaches in their schools. It was so beneficial to have the combined knowledge, energy and enthusiasm of this team, who all met at TIK Hotel in Hoima for the training. 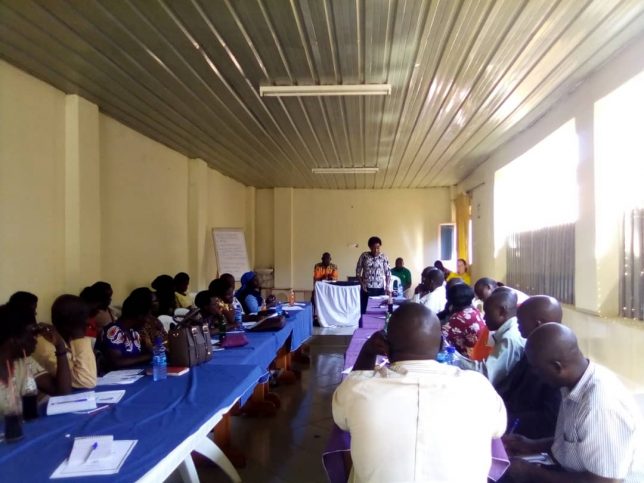 Often, the best football pitches are to be found in schools and for that reason, many of our programmes end up taking place in school grounds just after the school day is done. But in many of the African countries we work, some aspects of our curriculum could be considered controversial to teach in a school. Speaking openly about sex is still taboo, and classroom sex education, if offered at all, tends to focus on the biology of reproduction rather than the realities and challenges of having safe and healthy sexual relationships as a teenager. 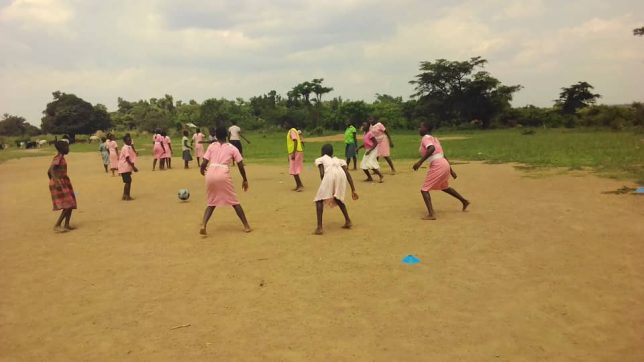 A session underway in Kibanjwa with coach Ritah

In some areas, local communities and teachers are reluctant to accept our curriculum, concerned that it might promote early sexual behaviour. Parents sometimes say they would rather the focus was on abstinence or even not mentioning sex at all. These attitudes, normally from lack of knowledge, can make our work more challenging than it already is. HIV is still one of the biggest causes of death for adolescents in Africa, and primarily passed on through unprotected sex. Most new infections of HIV amongst young people worldwide are in Africa, so we think it’s essential young Africans get information and services that can protect them and their partners from transmitting or acquiring HIV.

The visit of our staff to Hoima was also special as it was the first Laureus Sport For Good TackleAfrica tournament held at Buswekera Primary School. After a tough match, Buswekera took home the trophy with the narrowest of margins, beating Mpaija Primary School by just a goal to nil. It was a fantastic day all round! Congratulations to all those who participated, and thank you to HONECRIC staff, coaches and players, the Headteachers, the District Education Officers, and all who came to watch the tournament.

If you’d like to get involved in our work, there are lots of ways, from volunteering on our projects in Africa or simply making a donation to our work. Visit www.tackleafrica.org/get-involved for more details.