“Growing up, I remember having a very happy and fulfilled childhood surrounded by close family including my grandmother who, every evening would tell me tales and funny stories. I liked surprise visits from strangers to the house and I knew that if ever I had a problem, my mother and grandmother were always there by my side. I could never have imagined that there were things that hurt in life. I was very confident and well supported, that was at least, until the day I was cut. After this, I was no longer that happy girl and I had lost all trust in people. Every time a stranger came to the house, I did everything I could to get away from them. I lost the close relationship I had with my grandmother. I will never forget that horrific day, the day I was taken to the bush with other girls, to undergo FGM.” – Madame OC, now 52, underwent FGM at age 8, spoke to us about her experiences as a child.

The origins of Female Genital Mutilation/Cutting (FGM/C) are unclear, but its effects are only too well known in Africa. FGM/C refers to a number of cultural practices involving the partial or total cutting, and sometimes sewing shut, of female genitals. Most commonly, girls undergo FGM/C between four and twelve but it’s also sometimes done in infancy, and up to age thirty. Unlike male circumcision, which can help prevent disease transmission, FGM/C is a practice that has no medical or health benefits whatsoever.

This year, 2020, there are 4.1 million girls around the world at risk of undergoing Female Genital Mutilation/Cutting (FGM/C). 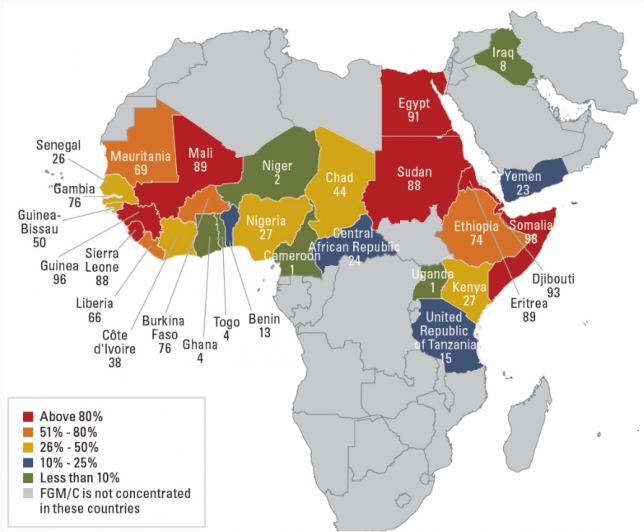 Since 2017, TackleAfrica and Laureus, in collaboration with the Association MAIA BOBO, launched the ‘Kick out FGM’ programme in Burkina Faso, a country where over 80% of girls have undergone FGM/C. Approximately twenty schools and numerous community villages have taken part in our specially-designed football-based programme, aiming to to spread awareness of the harmful practice. We have trained coaches to be trusted sources of information on FGM/C, and to support young girls, their families and the community to take a pledge not to get cut, to marry girls who aren’t cut and, as parents, to promise not to take their daughters for FGM/C. 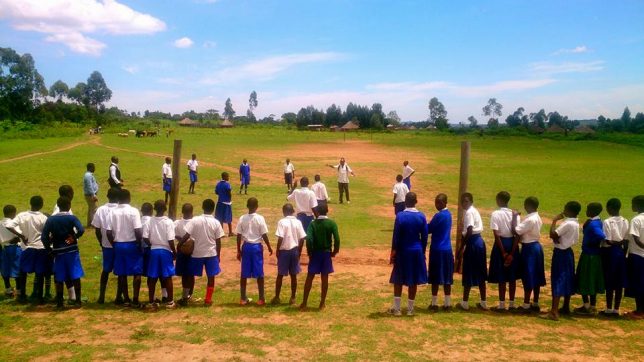 FGM/C has serious harmful consequences for the girl, and can result in infection, painful or inability to have sex, complications in childbirth to, at worst, death. FGM/C also carries a risk of HIV transmission, where unclean instruments can be used on a number of girls at once, not to mention the huge physical, mental and emotional trauma that comes with such a practice. But even with these shocking effects, the distinction between FGM and FGC (mutilation and cutting) is important in understanding why such a practice persists. At TackleAfrica, we use the word “mutilation” to convey the seriousness of the act, and to show it is a form of violence against women and girls. However, in many of the countries where it’s practised, it has a long cultural history, and parents would not feel they were mutilating their daughters but rather participating in a cultural ritual that will be an important part of their daughters’ lives. Beliefs, even when harmful, are strongly held, and changing culture to eliminate FGM/C will take time, but with the help of survivors like Madame OC, and partners like Laureus and MAIA BOBO, we’ll get there.

To make a donation to our work and help end the harmful practice of FGM/C, please visit https://tackleafrica.org/get-involved/donate/

Inspired by @GeorgeBHawes @J_Weather and @PaulStevensPT who posted these beauties, we want to see all of your old FM pictures! The best will win an African shirt from one of the countries we work. Spread the word to old teammates - the funnier the better! pic.twitter.com/nRzVzuNBST

Our man Russell Reed has won the Chairman's award for his astonishing support for TackleAfrica. Last year alone he raised over £8,600. Congratulations Russ! twitter.com/landg_uk/statu…

Last week to vote for Russell Reed has been nominated as L&G's community champion for his amazing support for TackleAfrica...please follow the link and vote for him. This year alone he has funded 8 African coaches to be fully trained for a year! legalandgeneralgroup.com/awar…

Registration for the Jersey Football Marathon is now open - for more info email benji@tackleafrica or follow this link: tackleafrica.org/marathon/jer… pic.twitter.com/iNYsJxS9s5