It has been 10 years in the making. It has been over five thousand volunteer hours. It has been blood, sweat and tears. But mainly, it has been incredibly fun and engaging. We are delighted to announce that Salesforce has now raised £100,000 for TackleAfrica programmes over through their World AIDS Day Charity Corporate Tournaments, Football Marathons, Golf Events, Panels and Lunch and Learns. 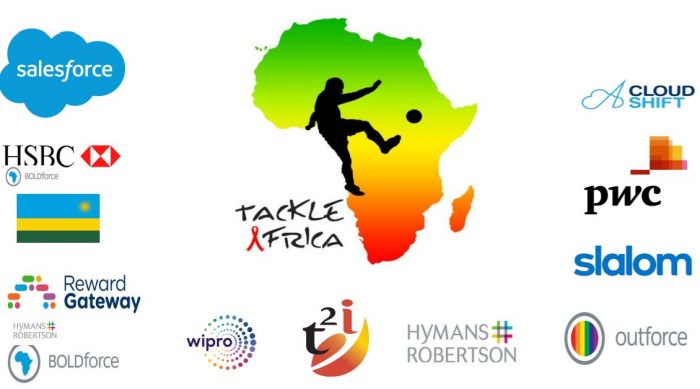 To put £100,000 into context, it funds 5 years of programming for 20 coaches who will ultimately reach thousands and thousands of players. It is an incredible amount for us and has made such a huge difference to our work over the years.

None of this would have been achievable without various key Salesforce staff helping over the years and at the top of that tree is Tom Handley. 20 years ago, Tom, alongside his partner and 18 others travelled across Sub Saharan Africa to deliver HIV education through the use of football and it was there that TackleAfrica was born. How far we have all come since then. 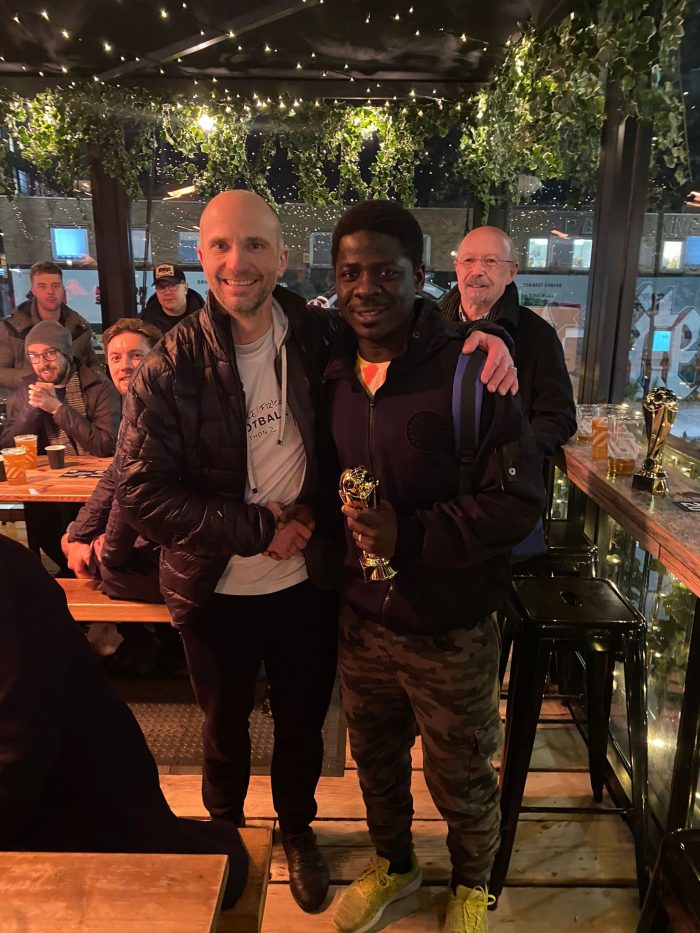 7 years ago as a Salesforce employee Tom started bringing the two relationships together and now we see the fruits of that labour. This year the organising team was 9 strong and included representatives from internal outreach groups OUTforce (LGBTQ Community) and BOLDforce (Black Organization for Leadership and Development) who are both doing incredible work both inside Salesforce and externally and we are very grateful to be working with them.

So before we update you with this years events we want to take this moment to thank: Tom Handley, Ross Carragher, Sam Faulkner, Alan Coe, Claire O’Neill, James Walker, Michael Wetzel and Valeria Rossoni. Without their help none of this would be possible. 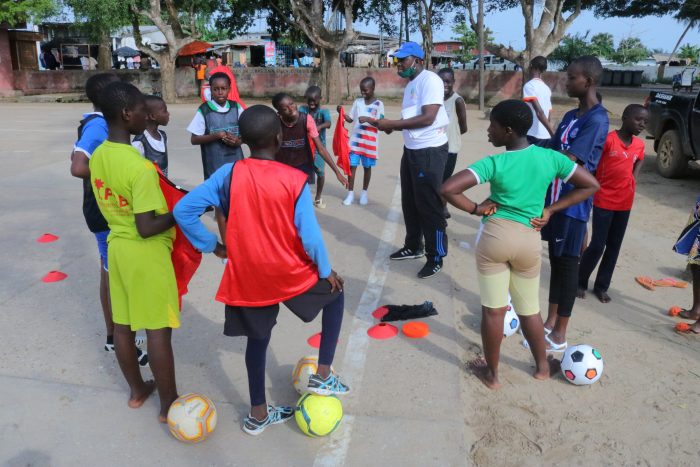 Salesforce have funded 5 years of programming by raising over £100,000 for TackleAfrica

This years celebrations started on the 1st December with a unique opportunity to do a Lunch, Learn and Test at the Salesforce Tower. We hosted a panel discussion around World AIDS Day and Sport for Development for staff to engage in. The panel, moderated by Benji Sundblad (TackleAfrica), was made up of: Taku Mukiwa (Director of Marketing for Terrance Higgins Trust), Sammie Royle (Regional Programme Manager for West Africa – TackleAfrica), Mike Podmore (Director of StopAIDS), Eric Murangwa (Former Rwandan Int’l Footballer, Genocide Survivor, Advocate for Peace & Development through Sport. Founder of Ishami Foundation). We discussed issues like the importance of WAD, the issues surrounding tackling HIV, the global South / North, 90:90:90 and more. African Advocacy were also present handing out HIV tests and Durex donated thousands of condoms. 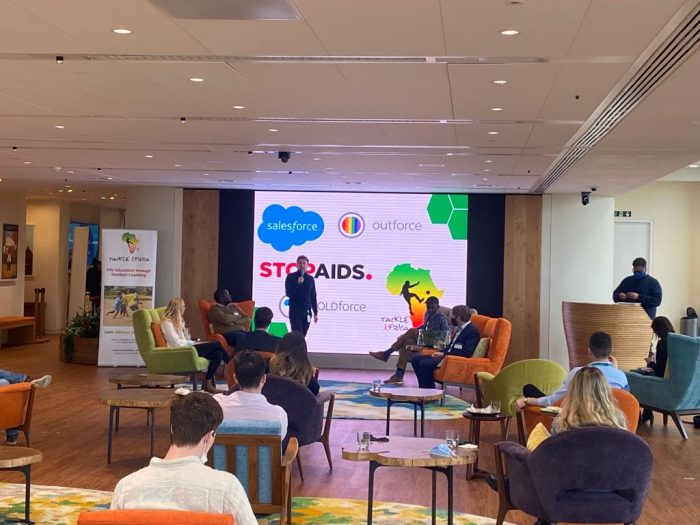 On 1st December TackleAfrica hosted a lunch, learn and test at The Salesforce Tower

The next day we hosted the annual Salesforce Charity Corporate Tournament at the Shoreditch Power League in London. 18 teams took part in this years event with 6 Salesforce teams, 6 partner teams and some old friends of TackleAfrica a nice mix of youth and experience across the teams.

Across 46 group stage and knockout games we saw an incredible 246 goals scored, with it all culminating in a dramatic final where Ludlow Thompson beat T2I FC in a 3-2 penalty shootout after being level 2-2 at full time! T2I FC stormed to the final as the highest scoring team in the entire tournament with a remarkable 39 goals scored, but unfortunately for them it was Ludow Thompson who ultimately got the chance to celebrate with the trophy.

In the knockout games for the lower placed teams in the group stages, it was Neville Wears Prada who lifted the coveted plate after beating HSBC 6-4 in the final, with both teams having had to come through tricky penalty shootouts in their semi-final matches.

So thank you to all the teams who took part a few pictures below: 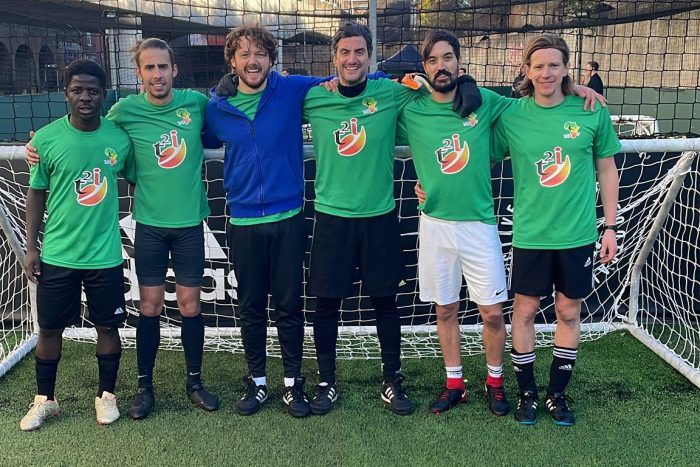 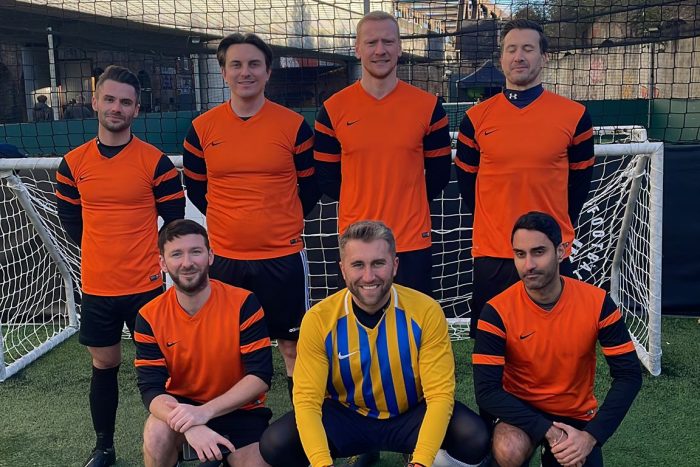 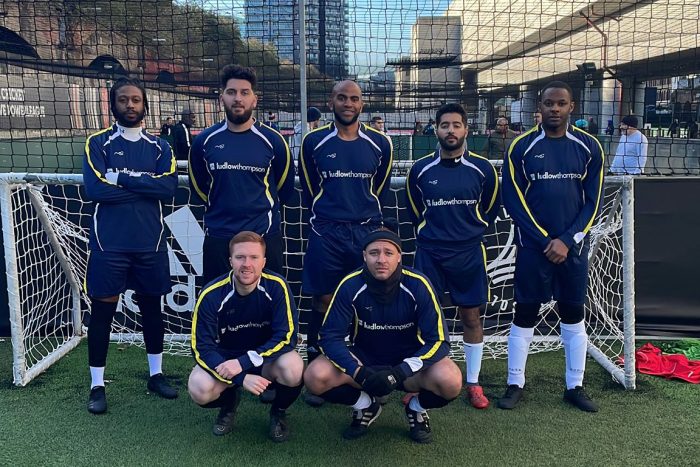 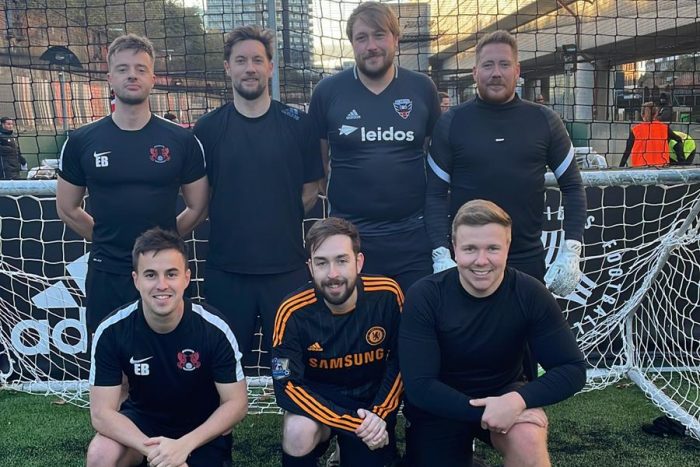 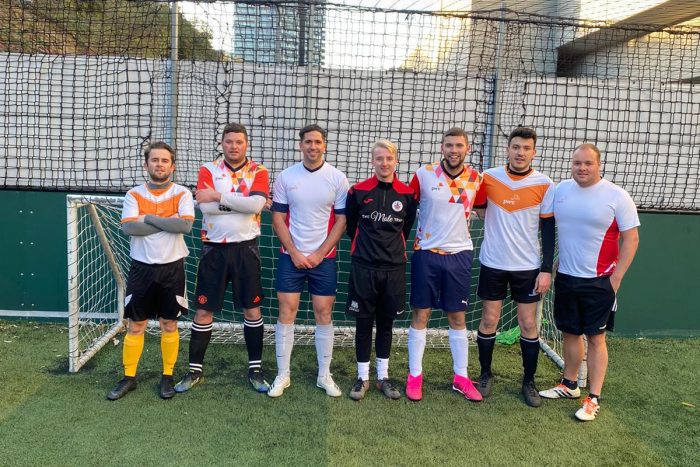 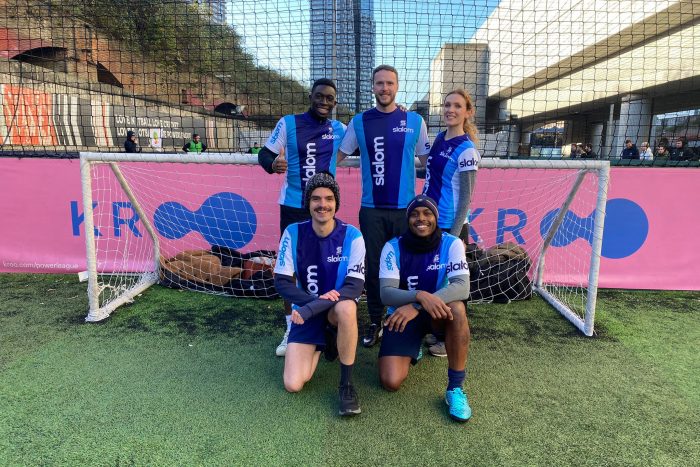 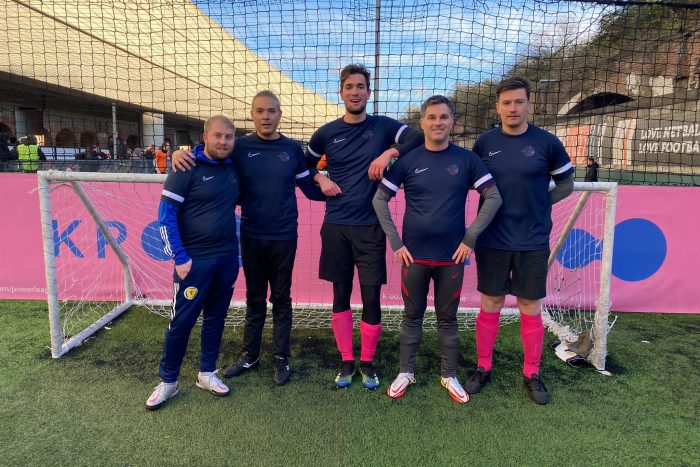 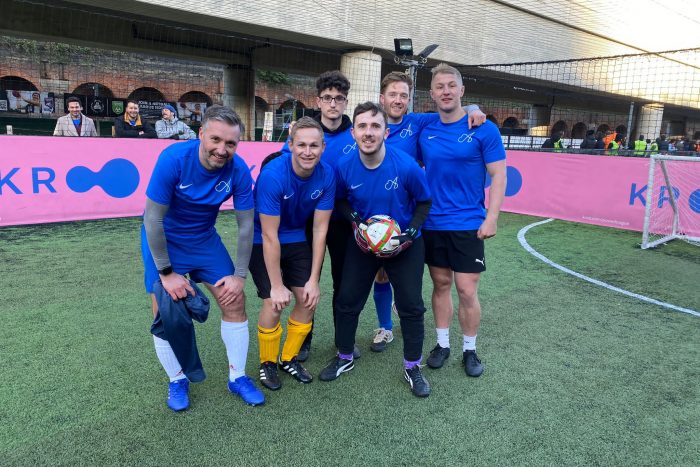 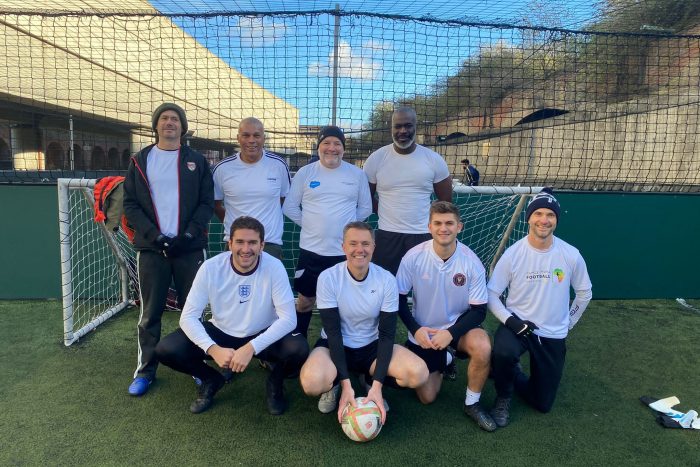 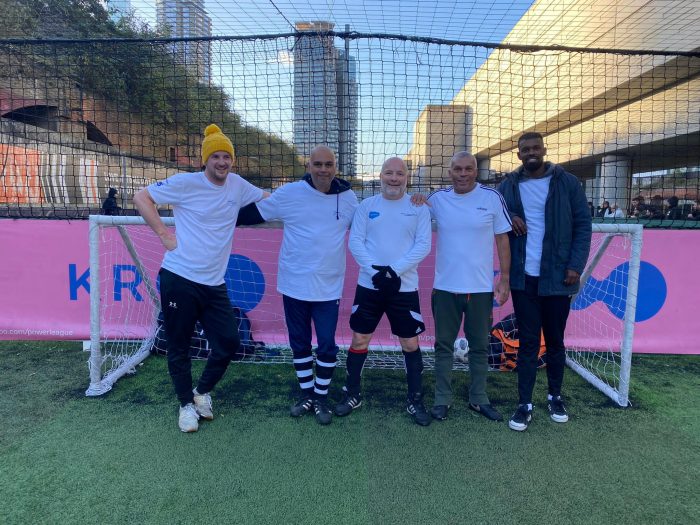 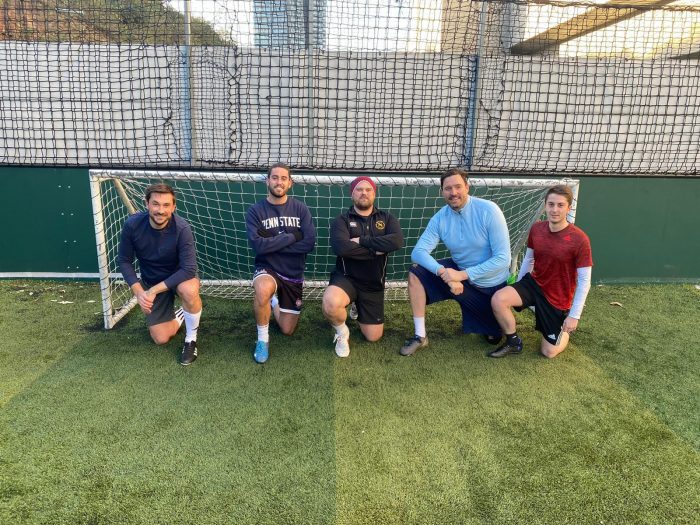 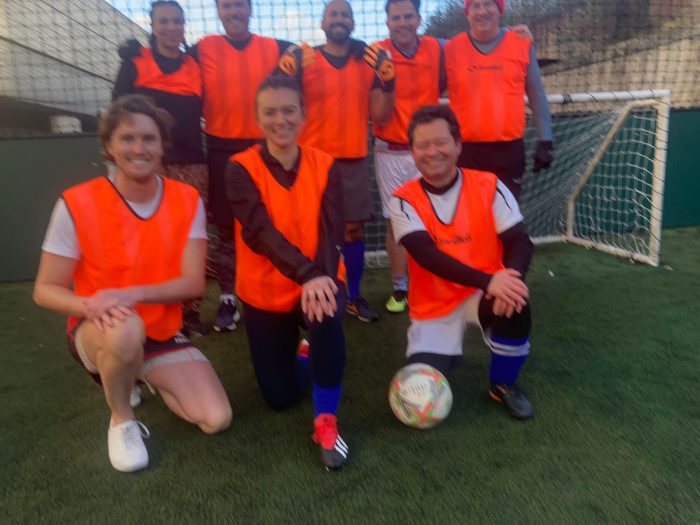 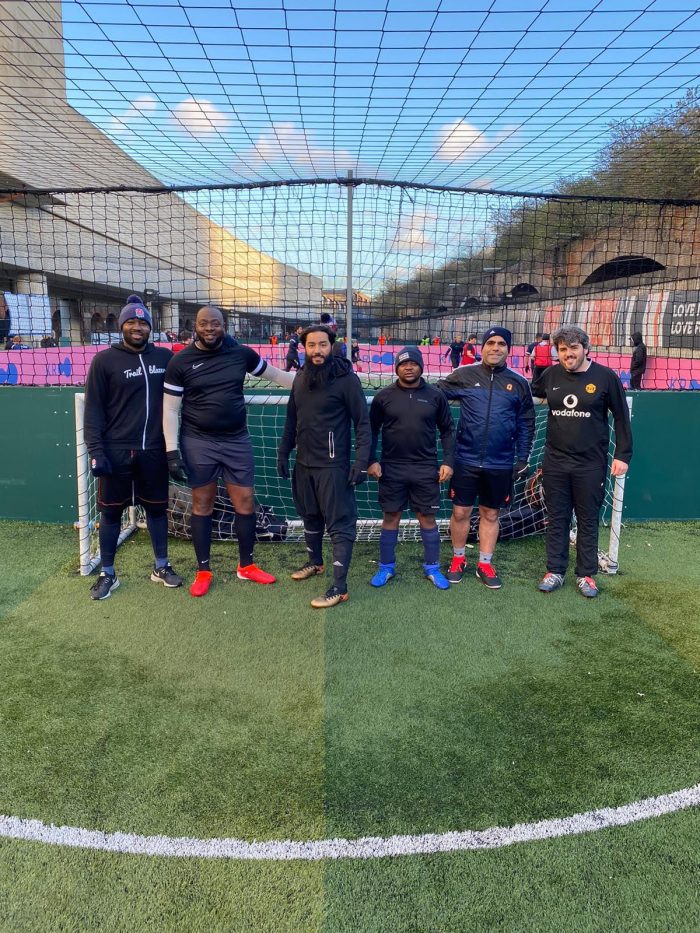 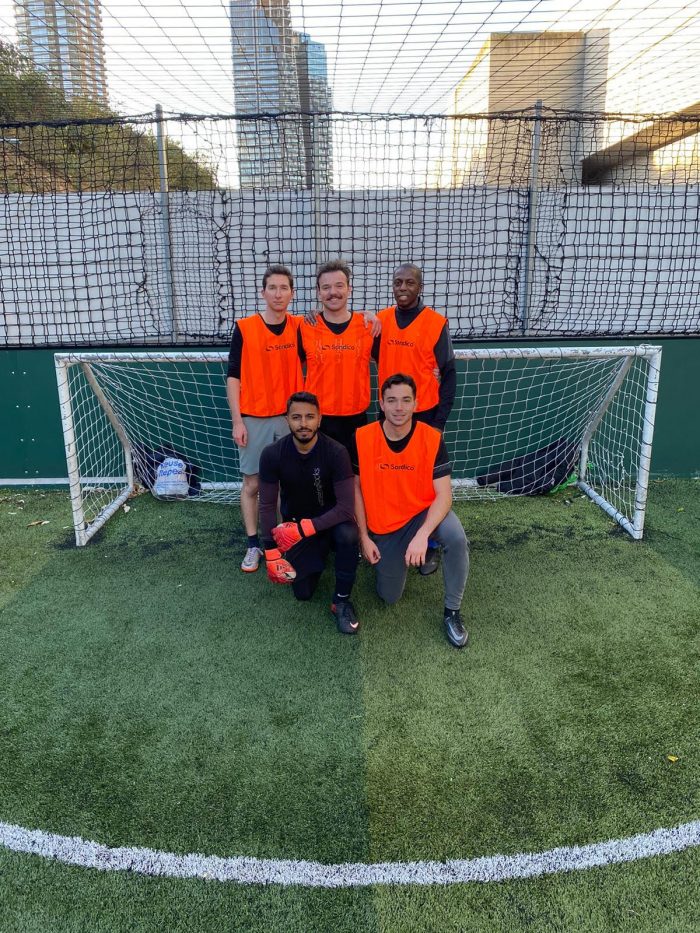 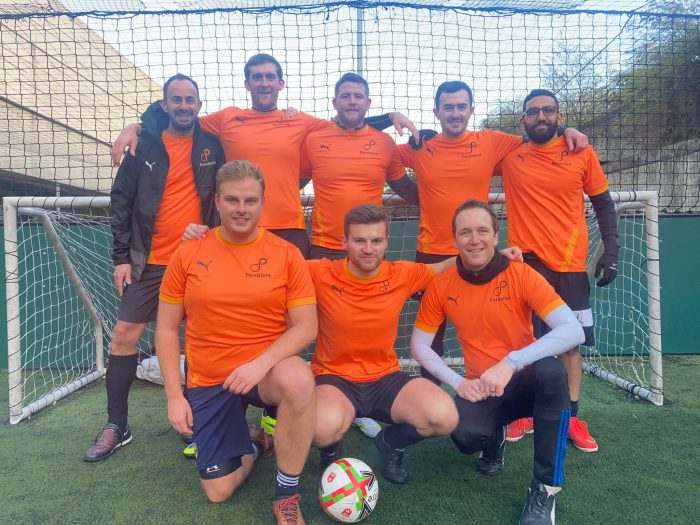 Things you love to see! Football is for everyone 👏👏👏 twitter.com/Football…

The Africa Cup of Nations kicks off today in Cameroon! 🇨🇲⚽️ Who will you be supporting? #AFCON2021

What are your New Years resolutions? 🤔 Whether its January 1st, New Years Eve or any of the days in between, here at TackleAfrica we're always committed to helping young people develop and maintain healthy bodies💪and healthy minds🧠... all year, every year! pic.twitter.com/8bBE…