We are excited to announce that TackleAfrica is joining forces with Footy Addicts, ahead of this year’s Football Marathons.

Footy Addicts is a social platform that connects football enthusiasts, giving everyone the opportunity to play anytime, anyplace. With a growing community of over 100,000 users in London, and over 450 grassroots games every week, Footy Addicts has enabled footballers to discover, organise, and join games.

A significant aspect of the work we do at TackleAfrica is the intention to bring the beautiful game to as many people as possible, and that’s something we love about Footy Addicts’ operations too. Sharing our focus on diversity, inclusion and accessibility, Footy Addicts games have united people from more than 60 different countries and are also working with the London FA to double participation in the grassroots women’s game in London by 2025.

Both organisations hope to be able to increase participation up another notch this year by encouraging people to join one of TackleAfrica’s four Football Marathons in London, Brighton, Jersey, and for the first time ever, Oxford.

The co-founder of Footy Addicts, Danny Taeidy, said “I know that the Footy Addicts community is always ready to get behind good causes, particularly when it involves playing more football. Entering the Football Marathon is a great way to make up for lost time on the pitch playing with your mates and will support TackleAfrica’s important work”.

Our Events and Fundraising Manager, Benji Sundblad, echoed Danny’s message; “we are very excited to be partnering with Footy Addicts. Football is at the core of our organisation and by working with Footy Addicts we hope to give an idea of what we represent to the players who take part in more than 1,500 Footy Addicts games per month. We particularly look forward to welcoming teams to the London Football Marathon kicking off soon”. 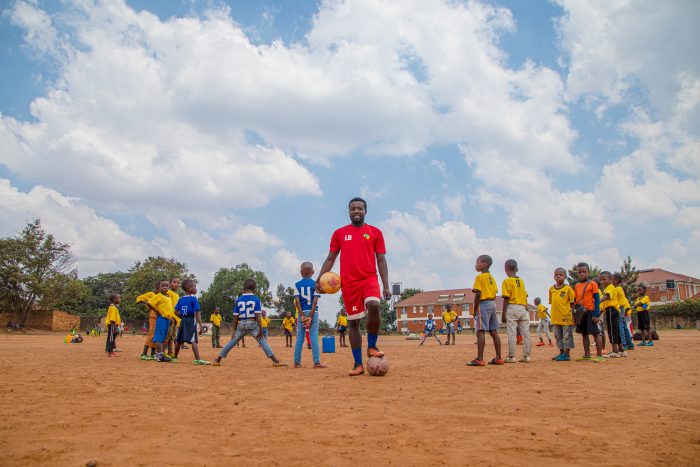 #Oxford's #footballmarathon on Saturday is the last for the 20th-anniversary season. The support has been AMAZING, and we couldn't have done it without all the partners & friends who make up Team TA. Thank you for continuing to believe in what we do & for enabling our growth!! pic.twitter.com/L6yQ…

We know that gender equality can improve developmental outcomes and enhance economic productivity. Now, this fantastic report by @UEFA presents a clear case for stakeholder investment (with impressive socioeconomic returns) in the development of women's football at club level. twitter.com/UEFA/sta…

We appreciated the kind invitation from @SierraLeoneHCUK and were pleased with today's productive discussion. We eagerly embrace opportunities to engage stakeholders at all levels as we continue to deliver HIV and SRHR information and services to young people all across Africa. twitter.com/SierraLe…

This #InternationalYouthDay we're sharing thoughts and reflecting on meaningful engagement across the generations. We believe intergenerational action is needed to achieve the #SDGs, and we value the need to enhance opportunities for partnership & collaboration. #IYD2022 pic.twitter.com/MHiW…