We had a trio of events this weekend in celebration of World Aids Day raising £13k for our programmes in Africa. We hosted the Salesforce TackleAfrica Charity Football Tournament, entered runners into the RedRun and put on our very own quiz in London. 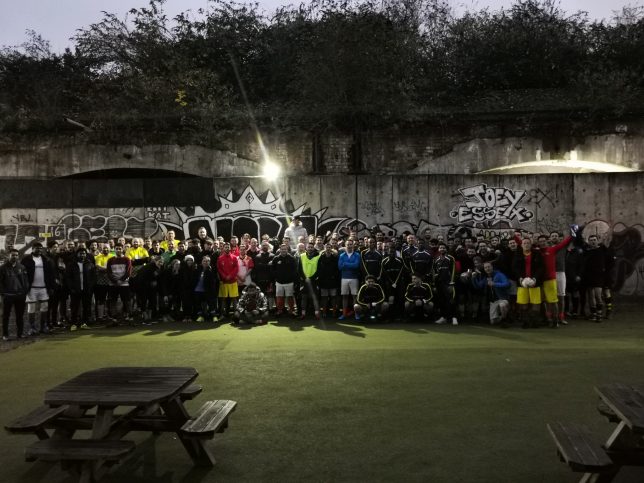 On the 28th November in Partnership with Salesforce, Outforce and The PFA we hosted a 15 team football tournament at the Shoreditch PowerLeague which was then followed by celebratory drinks down at Boxpark.

The 15 teams who took part were: 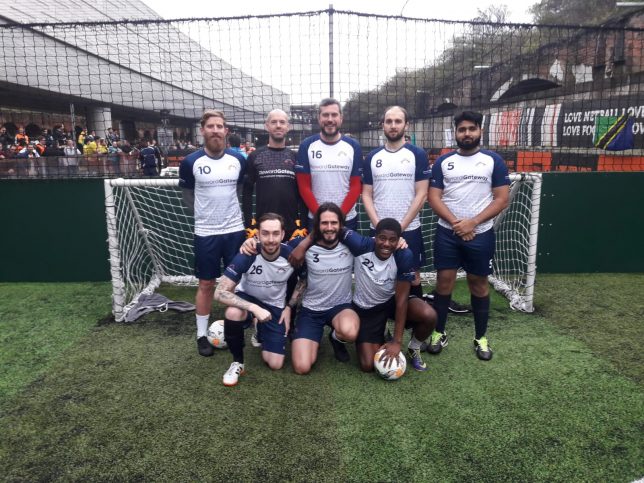 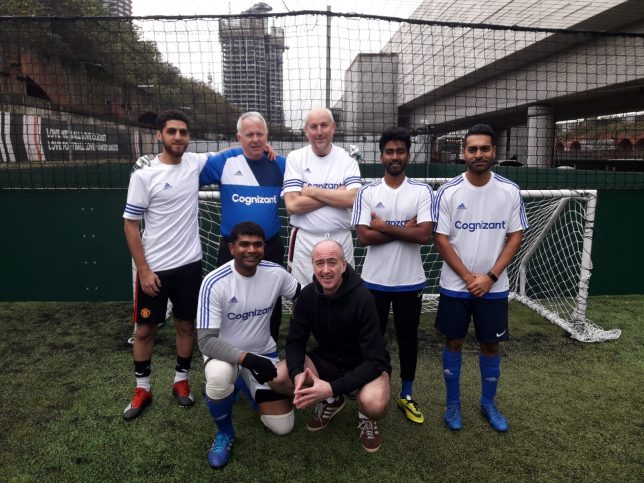 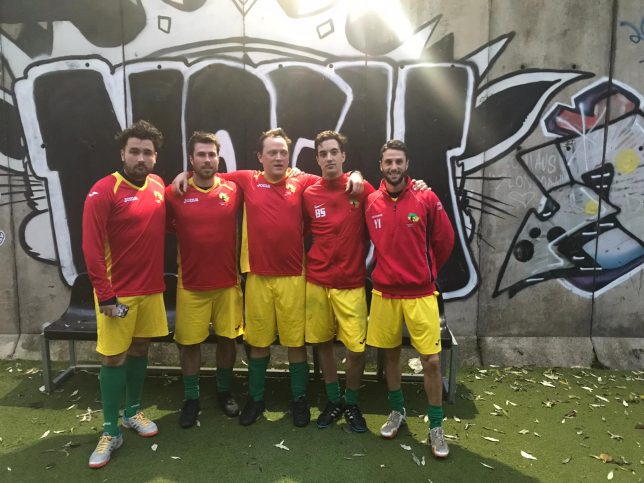 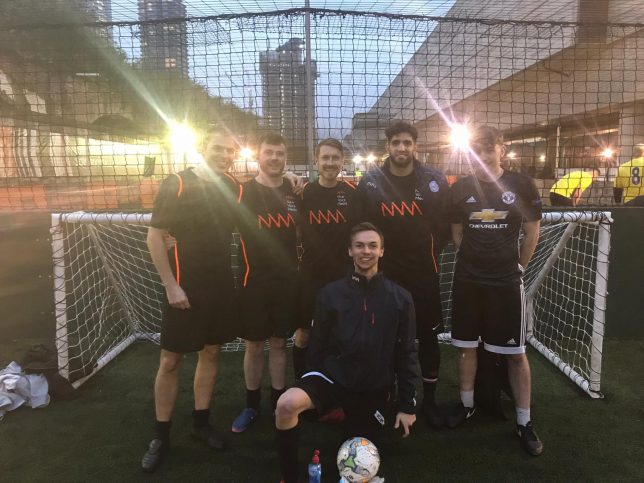 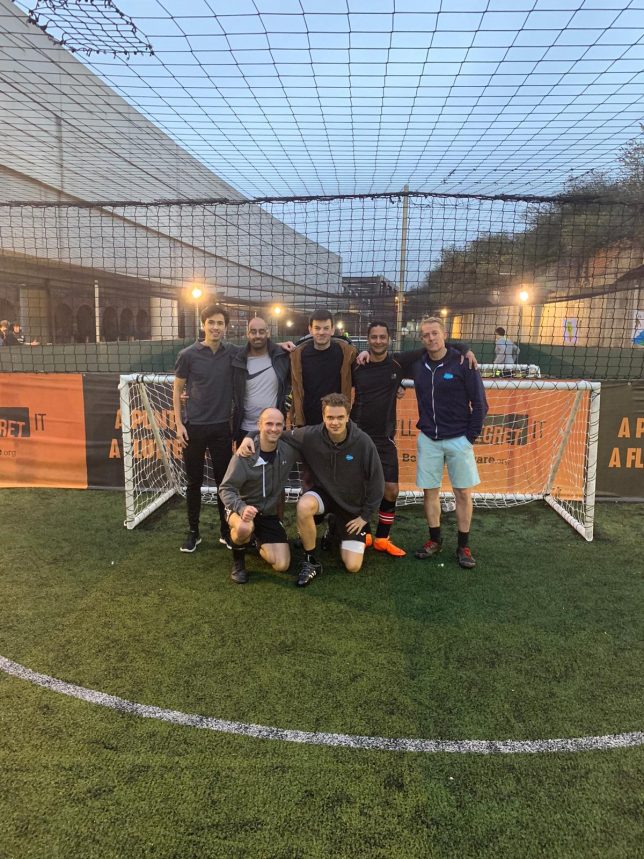 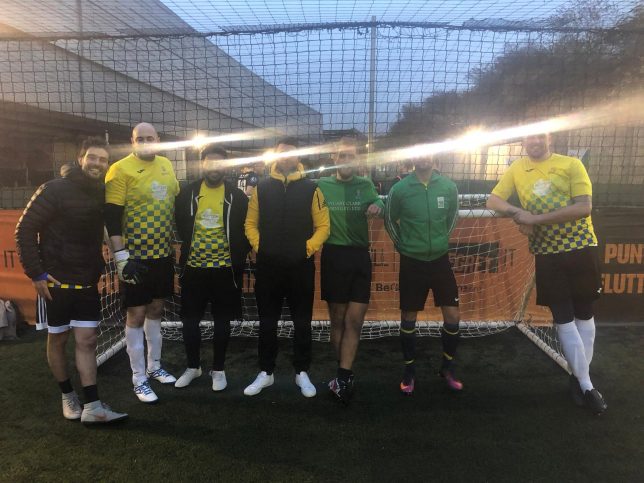 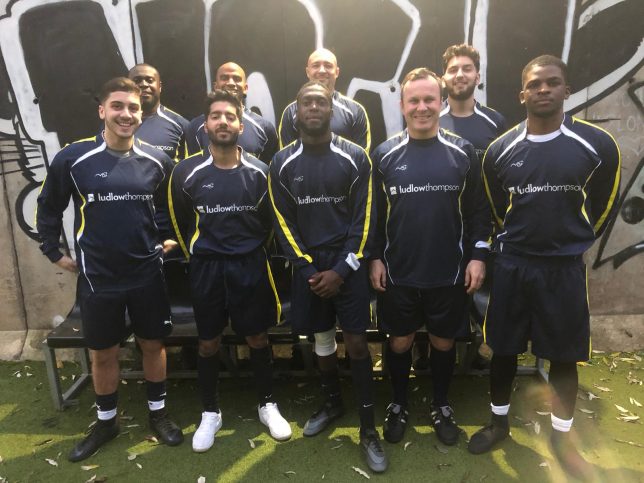 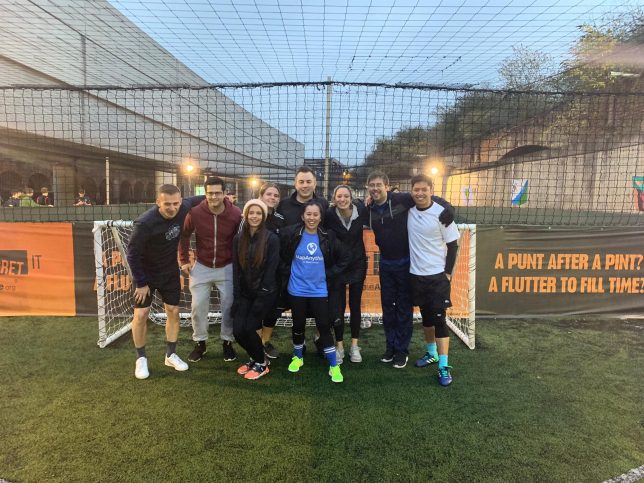 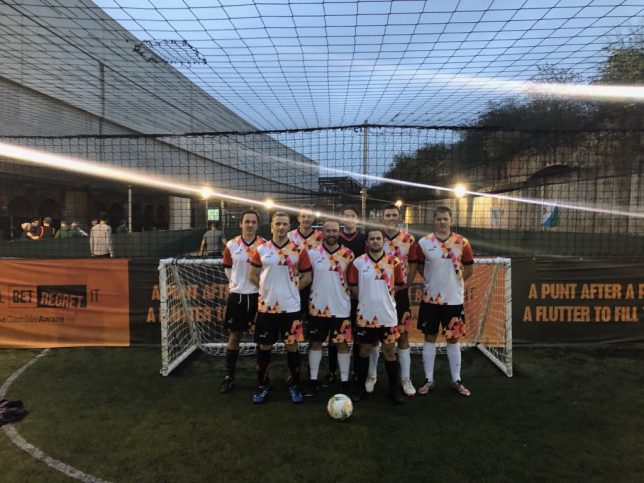 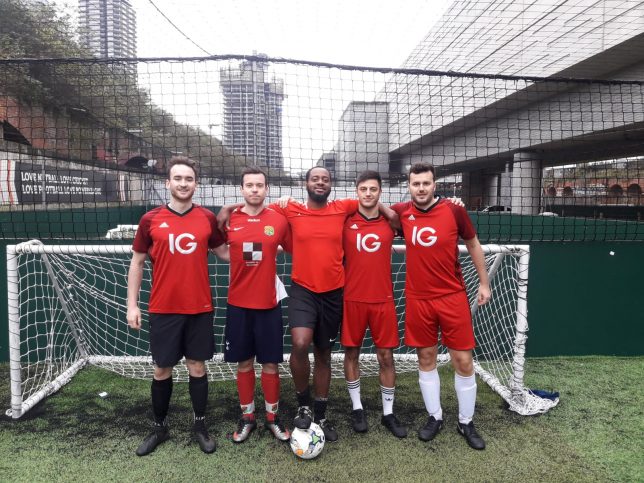 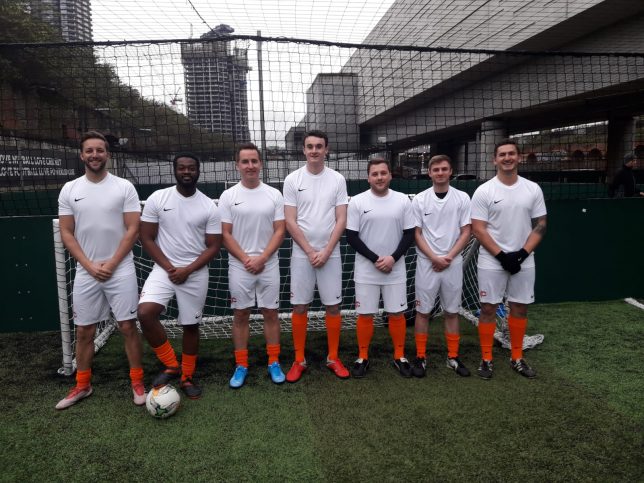 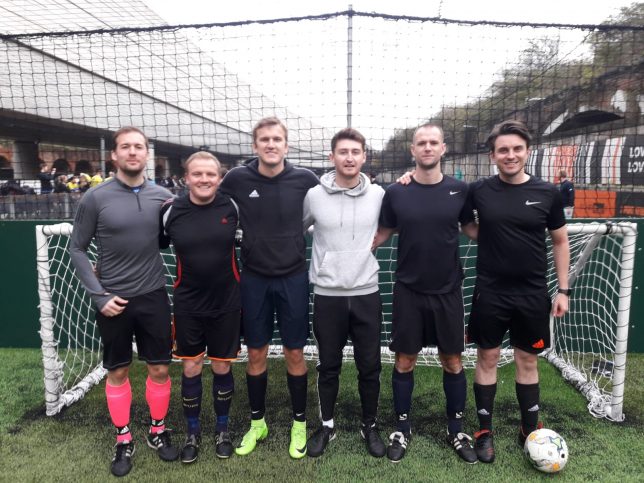 The teams were split into three groups of 5 with each team playing 4 games before the knockouts. IG, Ludlow Thompson and Vonage topped their respective groups as the top 2 from each group plus the two best 3rd places went into the champions trophy. The rest competed for the plate competition.

T²I won the Champions Trophy beating Vonage on penalties 3-2 (2-2 after full time) as 4C beat Appirio in the plate 2-1. 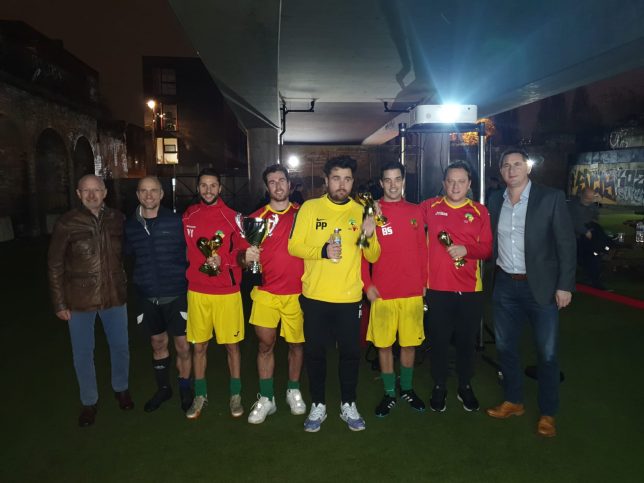 We want to take this opportunity to thank all of those involved – The Salesforce and Outforce committee who helped organise the event: Tom Handley, Nathan Perry, Ross Carragher, Oli Bayliss, Preteem Kumar, Alan Coe, Sam Faulkner. A special mention and thanks to Leon Mangan who was our guest speaker from Salesforce. To Terry Angus and John Hudson who lent their support from the PFA. The Shoreditch Powerleague who ran the event on the day for us. Then most importantly thanks to all the players and their companies who came down, played and donated to TackleAfrica, the money raised will go to help us educate young people in Africa about HIV, sexual health and sexual rights. 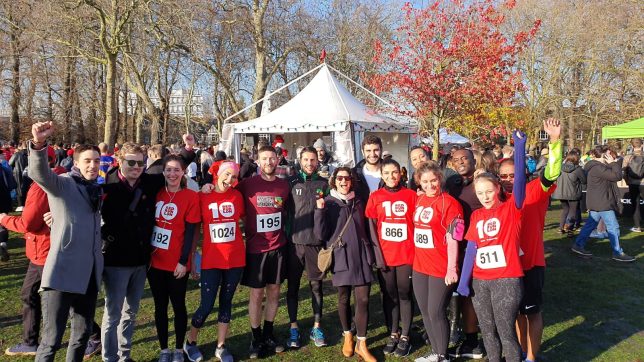 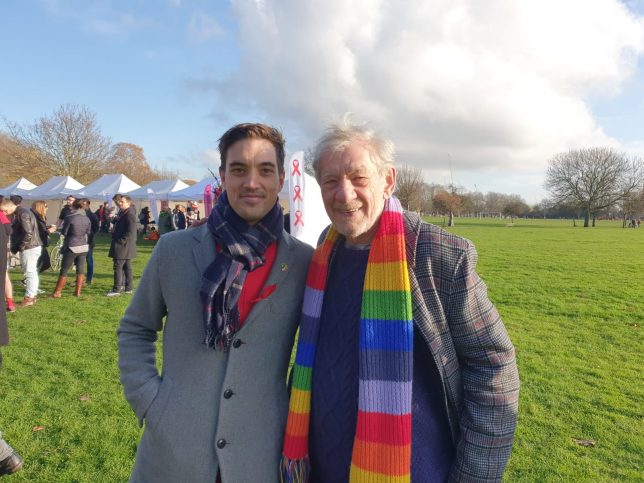 TackleAfrica with Sir Ian McKellen who opened the Red Run 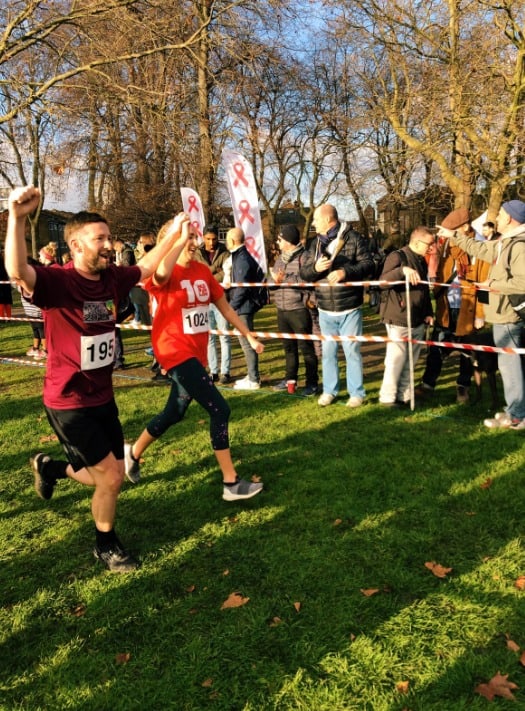 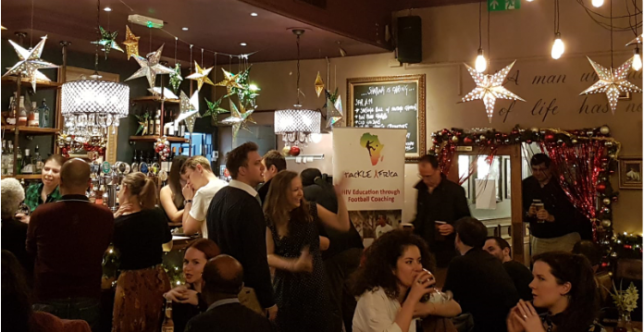 To finish off the long weekend we hosted our very own World Aids Day quiz at The Marquis Cornwallis in Russell Square in London. We had 20 teams take part as the winners Dynamo Hynamo captained by Alistair Russell-Smith who got a massive 96 points. Thank you to all who came and help us raise £750 and a special mention to Hugh Thompsson and Fulham for donating 5 tickets for the Fulham game this weekend plus a shirt signed by Denis Odoi and again to The PFA who kindly donated Man Utd kit that we could use for our raffles! We hope you enjoy our video of our final bonus round below: The After Eight Challenge.