Now with the news so focussed on COVID-19 and the efforts to combat it, we are hearing more about stigma, discrimination and even violence towards those affected. For many people in countries who haven’t had any experience of an epidemic, this might feel strange. But for those of us working in Africa on HIV and Sexual and Reproductive Health and Rights, stigma towards those affected by a disease is nothing new. 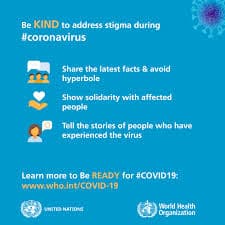 In the early days of the HIV epidemic, you would often hear terms like “death sentence” and “infected victims”. It was a way of conveying the seriousness of the disease when limited treatments were available, and to shock people into taking precautions. But for those living with HIV it was painful and stigmatising, and only contributed to the already huge discrimination faced.

Thankfully, today we are more aware of the power of the language we use when we speak about HIV, and we also have excellent treatments that have improved life for millions of people around the world. Major advances in Antiretroviral Therapy (ART), the medicines used to suppress HIV, mean that if people living with HIV take the medicines correctly and consistently, the virus can be suppressed in your body to the point of being undetectable, and therefore untransmittable. It’s known as “U=U”, and life expectancy for those adhering to treatment is now comparable in some countries to those who are HIV-negative. Because of progress like this, we now say people are “living with HIV” or “living positively” rather than suffering from, or a victim of. 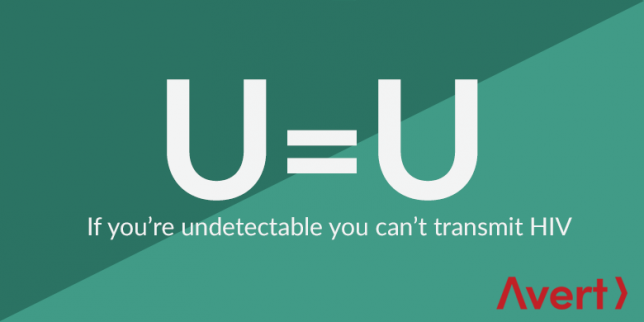 We’ve seen similar changes in how people talk about Female Genital Mutilation (FGM) or Female Genital Cutting (FGC). Many activists who want to convey the serious and lasting harmful effects cutting female genitalia can have, want to use the term “mutilation”. They don’t want to shy away from the damage it does to those who undergo it, and they want this practice – which is a criminal offence in many countries – to end. Activists believe laws and attitudes will not be changed if the practice is not given a name that conveys the harm.

Others, however, prefer the term “cutting”, in recognition of the fact that for many who practice it, and undergo it, it is not seen as mutilation. For the cutters, it is their livelihood. Many parents who send their daughters to be cut would be unhappy to think they are harming their children in any way. For them, it is a deeply rooted, and important, cultural practice. It is a rite of passage, an essential part of becoming a woman, one that can help in finding a husband and of being accepted into adult society. How can we be sensitive to the livelihoods, cultures and traditions of those involved if we call them “mutilators”, and do not meet them in their understanding? How can we ask girls to speak freely about it without shame or stigmatisation, if we are calling them “mutilated”? At TackleAfrica, like many organisations, we use the term “FGM/C” wherever possible.

Another area that causes pause for thought is the word we use for those who have experienced Gender-Based Violence (GBV), or Intimate Partner Violence (IPV). Overwhelmingly women, are these women and girls “victims” or “survivors” of violence? “Victim” reminds us that women are too often harmed in intimate relationships by their partner. It reminds us there is a perpetrator to these crimes. It reminds us that women often struggle to get help from authorities and can be shamed by the community, that they are victims of a bigger system set against them. But “survivor” gives those same women back their power. It gives them resilience, hope, and strength to move forward. 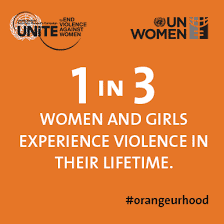 The words we use in our work matter, so we choose our words wisely.

Our friends at AVERT have also made a great glossary of commonly used terms when speaking about HIV. Check it out at https://www.avert.org/about-hiv-aids/glossary

If you would like to contribute to our award-winning work combatting stigma and discrimination, please visit www.tackleafrica.org/donate

⏰ Tomorrow is #SaferSportDay, and there's one final step in making sport safe for children: Monitor & evaluate your efforts - be your own referee and make sure what you're doing still works #SafeInSport #ItStartsWithYou #BeAChampionForChildren @coach4africa @SafeinSports pic.twitter.com/KqEK…

The Brighton Football Marathon will now be taking place on Saturday the 29th of August, as opposed to being spread out across the whole Bank Holiday weekend. See you there! 🔆🌊 pic.twitter.com/REt2…

🦍Finding a Ugandan gorilla family can require over 3 hours of walking, or about 20,000 steps. Naome hit 20,000 steps in one day. Beat that! Post the most steps you've done in a day below Find more of our #12Challenges with the interactive race map: racetoafrica.run pic.twitter.com/rWrM…